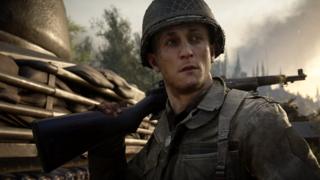 President Trump has vowed to “do something” about the violence in games and films watched by younger people.In a meeting at the White House on school safety, President Trump said the violence played a role in shaping the way people saw the world.The meeting was held the week after a school shooting in Florida in which 17 people died.Some experts disputed the link between games and violence saying research showed no connection between the two. Read more.